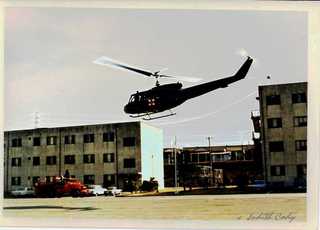 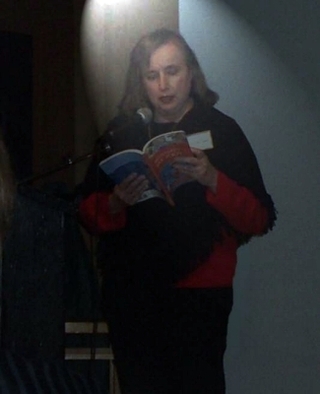 NEWS!! One of Judith's poems was chosen from a world selection by the Norton Center for the Arts to be featured in a special gallery exhibit highlighting literature and photography. The poem "Topics Over Tea, nectar sippers" is part of a work in progress on this subject.

NEWS!! Judith’s memoir poem “Not a lifetime Guarantee but the Night is Long” was awarded Honorable Mention by the National League of American Pen Women; she read this poem at their national awards ceremony. Click on the video at QUICK LINKS.

NEWS!!"Fightin' Words" was recently released by Heyday Books. It is a thrilling poetry and prose anthology edited by Judith Cody.

NEWS!! Judith read her poem "Deer Road" with music that she wrote on National Public Radio with Quiddity International Journal! Click on the link at QUICK LINKS.


NEWS!! Another poem from "The Rumor" is now in Caduceus from Yale Medical Group. A different poem from "The Rumor" won Honorable mention from the National League of American Pen Women. Three of Judith Cody's poems were awarded quarter-finalist status from the national Pablo Neruda Prize in Poetry, held by Nimrod International Journal. These poems were taken from her book of poems in progress, "The Rumor," which is the recipient of numerous other honors as well.

NEWS!! The poem "Rose of Sorrows" (in "Legends of the Garden") was awarded Honorable Mention by the National League of American Pen Women.

BACKGROUND: One of Judith Cody's poems, together with its complete historical records, was inducted into the permanent collection of the Smithsonian Institution.

Her poetry has also won national awards from Atlantic and Amelia magazines, received honorable mentions from The Emily Dickinson Poetry Award 2002. Three of her poems from "The Rumor" were quarter-finalists in the national Pablo Neruda Poetry awards. Two of her poems (one was the title poem from "The Rumor") were long-listed for the Lyric Recovery Award’s reading at Carnegie Hall, and her poem, "The Rumor," on her personal Vietnam saga, was given the "Conference Find" award for the best literary work at the Southern California Writer's Conference.

Judith’s poems have also been anthologized in: Oakland Out Loud 2007, Words Upon the Waters Anthology, 2006, The Meridian Anthology of Contemporary Poetry 2007, the Anthology of Monterey Bay Poets, 2004, Poetry Project Four, Fightin' Words, and others.

Cody, who also composes award-winning chamber music, wrote the critically acclaimed reference work and biography of the composer Vivian Fine, who was the matriarch of American modern music. Vivian Fine: A Bio-Bibliography, was published by Greenwood Press, 2002. This book is in over 250 major music libraries around the globe. Judith’s first poetry collection, Eight Frames Eight, was released in 2002 and received rave reviews.

In her spare time, Judith is a University of California Master Gardener, and rose authority. These interests have influenced her poetry manuscript, "Legends of the Garden;" and also, her photography book on organic roses, Roses in Portraiture, recently released. She is the recipiant of a UC Master Gardener Lifetime Achievement Award.

Click on the book titles on the right, or go to the top of this page and click on MY WORKS to read excerpts from all of Judith's books and anthologies.

Note on Copyrights: All my images and text on this website are copyrighted. To use these images or text for any purpose requires written permission from me. Please take a minute to email me for permission to use. You must type copyright in subject line. No attachments. click on the "CONTACT" link at the top of the page.--J.C.

Personal
Wanting to combine my love of both writing and music made me inclined to write the first complete reference book and biography of Vivian Fine, the 20th century's most fascinating contemporary woman composer. My work and research for the book, Vivian Fine: A Bio-Bibliography, was destined to occupy close to ten years of my life. I wanted this composer’s biography and reference book to be a complete guide and introduction to the modern music of Vivian Fine, and to her astonishing life. When I finally finished writing the Vivian Fine biography, I knew that now it was time for me to return to writing all the poetry that I had put aside during my decade working on this composer’s life and music. Eight Frames Eight, a collection of my poems, came out the following year, 2002.

Since then, a steady stream of my poems filled several manuscripts that are now being viewed by publishers and editors. Editors of nationally known literary journals have seen fit to publish many of my new writings.

All of this is a wonderful surprise to me. I seriously worried, if after such a long layoff from the poetry world, there would be any interest in new work from me.

I began writing poetry at about age seven eventually filling speckled “composition” books with poems, and putting my crayoned sketches in the margins. Two wonderful, deeply wrinkled “old ladies” who lived in a mysterious neighborhood house would ask me to read my poems for them in their garden where there was an alabaster bird bath that fascinated me to distraction. My reward was being served darkly luscious Lipton tea in tiny, eggshell thin cups. I was hooked. Since then, writing turned into something meaningful in my life, it is: my escape, spiritual joy, an occasional agonizing “block,” and my salvation from ongoing family tragedies and personal pain. Tragedy began early. A childhood image carved into my brain is the scene of my beautiful grandmother suddenly dying in a hemorrhagic pool right before my eyes. She was baby-sitting me while my parents were out for the evening, dancing. I was seven-and-a-half.

Many years later, it was one of the most amazing days in my life when the Smithsonian Institution sent me their “Deed of Gift” to sign so they could put my poem in their permanent American History collection. This was The Women's Year Poem that I wrote in 1978. During this period in my life I started writing music; being a late-bloomer to composing gave me little confidence, but when my Flute Poems won the national New Times Concerts, Louisiana State University music award in 1979 this opinion changed. I believe that music and poetry are very close relatives in the family of the arts. They both seem to have a similar sort of emotional charge to me. Some of my poetry definitely shows this lyric influence. So far I've composed around thirty chamber music pieces (many published and performed), with the classical guitar starring in many pieces. Some of my musical interest is most likely family derived: my father played the guitar, and my grandfather played the violin.

As time went on, I discovered that my early love, poetry, became something I could always rely on during the times when life’s vicissitudes threatened to overcome everything. Poetry also gave me the chance to explore some of life’s more mysterious sides; it gave me the tools to try to understand my most cherished relationships.

Poetry helped me to comprehend some sense of the most important reasons that we are here on earth. J.C.

Eight Frames Eight
“This book of poems will uplift a wilting soul. Full of enthusiasm, color and vibrancy, it opens the way to the Universe. A must read for all who seek a fresh approach.”
--Warren Thurston, author